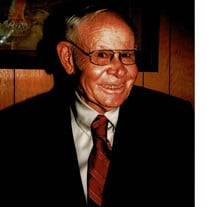 Alpheus “Red” Milton Hill, 84, passed away on November 14, 2019, at his home in Wingate, Texas surrounded by loved ones. He was born April 21, 1935 in Goldthwaite, Mills County, Texas, the son of Omer Cline Hill and Sara Evans Hill. Alpheus attended Winters schools and later graduated from Denver City. On June 19, 1959, he married Shirley Marione Tubbs. They were married for 51 wonderful years. Alpheus was a member of the Army National Guard. He worked at Dry Manufacturing for many years. Alpheus was a farmer and rancher in the Wingate/Drasco area for most of his life. He was a member of the Wingate Lions Club and served on the Valley Creek Water Control District Board of Directors, where he was president at the time of his death. Alpheus was a member of the Wingate Baptist Church. He is proceeded in death by his wife, father and mother, stepmother, Zora Mitchell Hill, a brother, Elvin Hill, and a sister Evelyn Hill Voelkel. Alpheus is survived by his twin daughters Melinda Hill Hoppe and husband Glenn Jr and Belinda Hill Schwartz and husband Gary, all of Winters; also surviving is his brother Glynn Hill and wife Marilyn of Smithville; Grandchildren Chanda Hoppe Moseley and husband Reagan, Chris Hoppe and wife Danna, Maegan Schwartz and Clint Schwartz; and 4 great grandchildren Madison and Jase Moseley, and Braden and Brianne Hoppe. The family will be receiving friends at 5:00pm Saturday, November 16, 2019 at the Winters Funeral Home. Funeral services will be held at the First Baptist Church of Winters at 3:00pm, Sunday, November 17, 2019. Burial will follow at Wilmeth Cemetery under the direction of the Winters Funeral Home.

The family of Alpheus Milton Hill created this Life Tributes page to make it easy to share your memories.