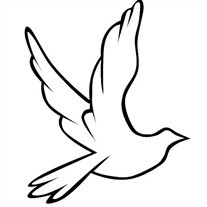 Eva Ruth Jolley passed away peacefully on July 21, 2021 at the age of 101. Eva was born October 3rd, 1919 in Shep Texas to William Thomas and Francis Talley. Eva was the youngest of 10 children. She attended Shep grade School and graduated from Blackwell High School in 1939. Eva was the first in her family to receive a high school diploma. She married Loyd V. (Boo) Byrd in 1941. Boo and Eva lived in Wingate where they raised their family. Eva was working at the Wingate School cafeteria when Boo died in 1966. After he died, she sought a different line of work and took a nurse's aid course. That was when she fell in love with the nursing profession. In 1970 Eva married Alvin Jolley of Sweetwater, Texas. They were married for six weeks before he passed away. 1971 she moved to Abilene and began her career at West Texas Medical Center. After many years, she became a private sitter for several families and retired in 1982. She remained in Abilene until 2009, when she moved to Winters Nursing Home where she spent 12 joyful years. While at the nursing home, Eva enjoyed parties, visiting with family and friends, and giving the nurses a hard time if they didn't do things as she was taught. She was known for her sense of style and her crazy socks were always a conversation piece. Eva was proceeded in death by her parents, husband Loyd V. (Boo) Byrd and husband Alvin Jolley, 9 siblings, son-in-law J.B Guy Jr. and granddaughter in-law Melanie Byrd. Eva is survived by daughter, Kay Guy and husband W.T. Stapler of Winters, daughter Jan Grissom of Keller, and son Von Byrd and wife Phyllis of Abilene. Ten grandchildren: Barron Guy and wife Donna of Winters, La Shea Butts and husband Jeff of Ballinger, Houston Guy and Kate of Wall, Jody Guy and wife Bridgette of Olney, Zane Guy and wife Melinda of Lantana, Janet Karcher and husband Cody of Wall, Stephenie Grissom Bollinger and husband Mike of Keller, Whitney Harter and husband Chris of Keller, Jennifer Byrd and Dan Huber of Spring, Jeff Byrd and wife Jamie of Houston. Twenty-nine great grandchildren and two great-great grandchildren. The family would like to sincerely thank all the nurses and staff at the Winters Nursing Home and Ballinger Hospice for their continued love and care over these past 12 years. In lieu of flowers, donations can be made to Winters Meals on Wheels or the charity of your choice. Visitation will be at 6:00 p.m Sunday, July 25th at the Winters Funeral Home. Funeral service will be held at 10:30 am Monday, July 26th at the North Main Church of Christ in Winters. Burial will follow at Wingate Cemetery under the direction of the Winters Funeral Home.

Eva Ruth Jolley passed away peacefully on July 21, 2021 at the age of 101. Eva was born October 3rd, 1919 in Shep Texas to William Thomas and Francis Talley. Eva was the youngest of 10 children. She attended Shep grade School and graduated from... View Obituary & Service Information

The family of Eva Ruth Jolley created this Life Tributes page to make it easy to share your memories.