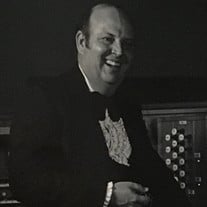 Kenneth Ray Mills, 85, of Lubbock, formerly Monahans, passed away Sunday, April 18, 2021. He was born in a farmhouse north of Winters, Texas on January 13, 1936. He was the youngest son of Hallie F. and Evelyn J. Mills (née Yeats). He was raised on the family farm purchased by his grandfather in 1889. The farm is still in the family. Ken graduated from Winters High School in 1954 and from McMurry College in January, 1959. While at McMurry, he met and married the love of his life, Clarice Douglas. He began his career while still attending McMurry as the music and youth director at the First Methodist Church in Ballinger, Texas. Immediately following graduation Ken became the choir and education director at the First Methodist Church in Pecos, Texas. He began his public school career a year later at Pecos Junior High where he organized the first choir at that campus. He became the high school choir director at Monahans High School in the fall of 1964. During his tenure there he produced some of the finest high school choirs in West Texas, profoundly touching the lives of his students. His choirs demonstrated the highest standards of excellence. For six years Ken directed the chancel choir at the Presbyterian Church before becoming the music minister at the First United Methodist Church in Monahans where his wife, Clarice, accompanied the choir on both organ and piano. They were quite a team. In addition to his love of music, he enjoyed a variety of outdoor activities including camping, hunting and fishing. His hobbies included carpentry, cabinet making, wood carving and painting. Of all the facets of Ken's life, none were more important than family. Love for all family members, both those who were given membership by birth and those who were members by choice, was openly and frequently expressed. No one would ever wonder about or doubt his love. Ken was preceded in death by his parents, three brothers, Weldon, Leland and Carrol Mills, and daughter-in-law Karen Mills. He is survived by his wife, Clarice, and children, Kenneth Ray Jr and wife Sandy, Jeff, and Cheryl Loveland and husband Mark. He is also survived by eight grandchildren, ten great-grandchildren and two great-great grandchildren. A memorial service will be held at 1:00 p.m. Thursday, April 29, 2021 at First United Methodist Church in Monahans. Graveside services will be held at 1:00 p.m. Friday, April 30, 2021 at Lakeview Cemetery in Winters.

Kenneth Ray Mills, 85, of Lubbock, formerly Monahans, passed away Sunday, April 18, 2021. He was born in a farmhouse north of Winters, Texas on January 13, 1936. He was the youngest son of Hallie F. and Evelyn J. Mills (née Yeats). He was... View Obituary & Service Information

The family of Kenneth Ray Mills created this Life Tributes page to make it easy to share your memories.