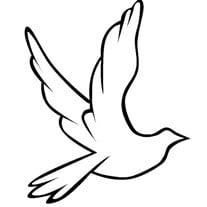 Loretta Mae (Freeman) Pierce, age 93, of Winters, passed away on Saturday, July 4, 2020. Visitation will be held Monday, July 6, 2020 at 6:00 pm at the Winters Funeral Home. Funeral service will be Tuesday, July 7, 2020 at 10:00 am at the First Baptist Church in Winters. Loretta was born April 15, 1927 in Winters, to William (Bill) and Fannie (Taylor) Freeman. She graduated from Winters High School in 1944 and attended Draughn’s Business School in Abilene. She worked at Winters State Bank, Triple J Groceries, and was the bookkeeper at North Runnels Hospital for many years. She was an active member of the First Baptist Church, teaching Sunday School and Vacation Bible School. She was a homemaker and seamstress, and was an outstanding cook, according to her family. She married Johnnie (Jack) Pierce on June 23, 1946 in Winters. They enjoyed many years of vacations and camping trips with their close friends, Kenneth & Thelma Sneed, Ray & Dortha Laughon, Monroe & Arlene Boles, and JC & Tommie Hodnett. She is preceded in death by her husband, Johnnie (Jack), her parents, Bill and Fannie Freeman, her sister Oneita Anderson, her brother Leo Freeman, and her grandson, Aaron John Hicks. She is survived by her 4 children, Karen & Bill Hicks of Talpa, Alton & Betty Pierce of Winters, Janice & Robert Marks of Bradshaw, and Renee & Mike Calcote of Winters; her 10 grandchildren, Angela Hicks, Amy (Shawn) Slayton , Sonya (Corey) Ritchie, DiDi (Troy) Ramsey, Kari (Shane) Cooper, Tina (John) Bryant, Toby (Dena) Marks, Justin (Kari) Calcote, Allison Sanchez, Missy (Garrett) Chapman; 18 great grandchildren, and 7 great-great grandchildren. She is also survived by 3 sisters-in-law, Nadine Kute, Annie Belle Pierce, and Alma Lou Pierce, many nieces and nephews, and numerous cousins. The family would like to thank the ladies at the Winters Assisted Living, the Winters Nursing Home, and Dr McKinnon and the nurses at the North Runnels Hospital. All of you were so kind and caring to our mom. And a special thanks to Vicky with Interim Hospice; we could not have made it through this time without you and the concern and care you had for our mother.

The family of Loretta M Pierce created this Life Tributes page to make it easy to share your memories.