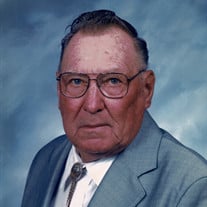 Rc Junior Kurtz, 92, of Winters passed away Friday, May 13, 2022. He was born April 3, 1930 at home in the Eagle Branch Community and attended Eagle Branch country school until 9th grade and graduated High School in Winters. He was confirmed March 25, 1945 at St. John's Lutheran Church and was still a member. He married Mary Elizabeth Gerhart on June 21, 1953. He was a farmer and rancher his entire life. He also worked at Pan American and drove a truck and dozer. He helped build the damn at Lake Spence in Robert Lee. He was half owner in Winters House Moving Business. Rc loved to fish, hunt, and dance. His wife, Mary, and him spent many nights dancing, with the Waltz being his favorite. He loved raising catfish in his stock tanks and would watch them come to the food when he was out feeding them. He was a member of the Winters Riding Club for many years and always carried the National Flag in parades and grand entries at Rodeos. Rc served in the Korean War from August of 1951 until May of 1953. He received the Korean Service Medal with two Bronze Service Stars, Combat Infantryman's Badge, and United Nations Service Medal. He spent 263 days on the frontline as a member of the 2nd Infantry Division, which gained fame in two of the hardest fought batts of the Korean War, "Heartbreak Ridge" and "Old Baldy Hill". He was also in the fight "Bloody Ridge" and received the Rifleman's Badge. After his discharge from the Army, he joined the VFW in 1954 and has been a member since. He held many local and district offices. He always ensured flags were flying in the local cemeteries every Memorial Day until his health prevented him. He was preceded in death by his wife Mary Kurtz; parents Raymond and Hilda Kurtz; grandson Brenton Jeremy Kurtz; and sister Heldegarde Schouajsa. He is survived by two sons: Randall Kurtz and wife Janice of Ballinger, and Darrell Kurtz and wife Sherry of Winters; and four grandchildren: Carrie Ramos and husband Isaac of Ballinger, Keegan Kurtz and wife Amy of Winters, Camille Kurtz of Abilene, and Caitlin Chalk and husband Matthew of Crosby. The family will receive friends at 6:00 p.m. Monday, May 16, 2022 at Winters Funeral Home. Funeral services will be held at 10:00 a.m. Tuesday, May 17, 2022 at St. John's Lutheran Church. Burial will follow at the Lutheran Cemetery. The family requests that in lieu of flowers, memorials be made to Henrick Hospice, the VFW, or St. John's Lutheran Church.

Rc Junior Kurtz, 92, of Winters passed away Friday, May 13, 2022. He was born April 3, 1930 at home in the Eagle Branch Community and attended Eagle Branch country school until 9th grade and graduated High School in Winters. He was confirmed... View Obituary & Service Information

The family of Rc Junior Kurtz created this Life Tributes page to make it easy to share your memories.